Be Educated, Be A Good Achiever

Find the right programs for teachers, parents, and students to create a quality learning environment. Get the best guidebooks, tools, and facilities to help your child grow in a well-directed learning path

Find the best learning facilities to help your kids in achieving their limits and exploring new opportunities.
VIEW DETAILS 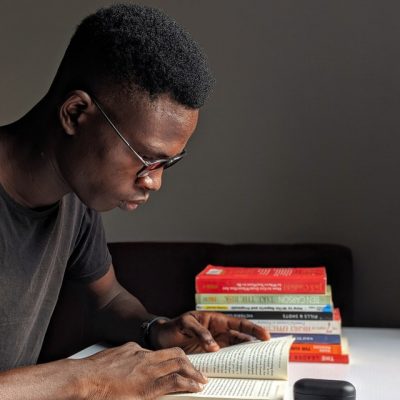 Get expert mentorship and help with subjects. Find the right online mentor.

Explore a wide collection of books in all subjects and genres to let the imagination flow.

Get timely assignment updates to keep your memory and skills polished.

★★★★★ 5/5
A really effective online coaching service that even my kids are enjoying more than their school. The learning is easy, and the activities keep them busy for hours.
Orlando K Phillips 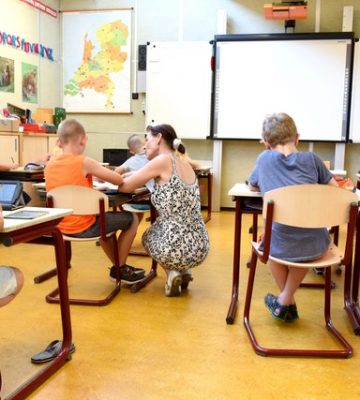 Easy to play a card game that helps kids finish the sentences in a much creative and interactive way. 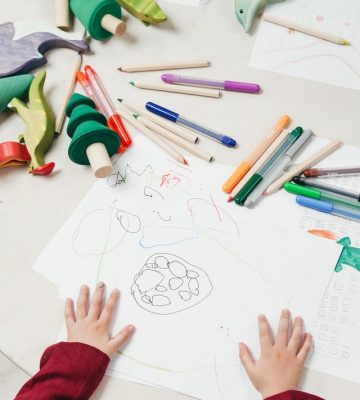 Creative drawing lessons to help your kids grow their imagination and use everything necessary to make a masterpiece. 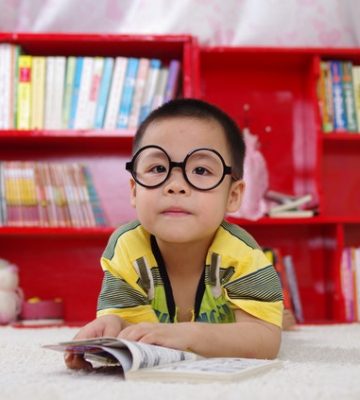 Make a Calm Down Bottle

Easy to perform science experiments will keep your kid’s curiosity alive while learning more in science. 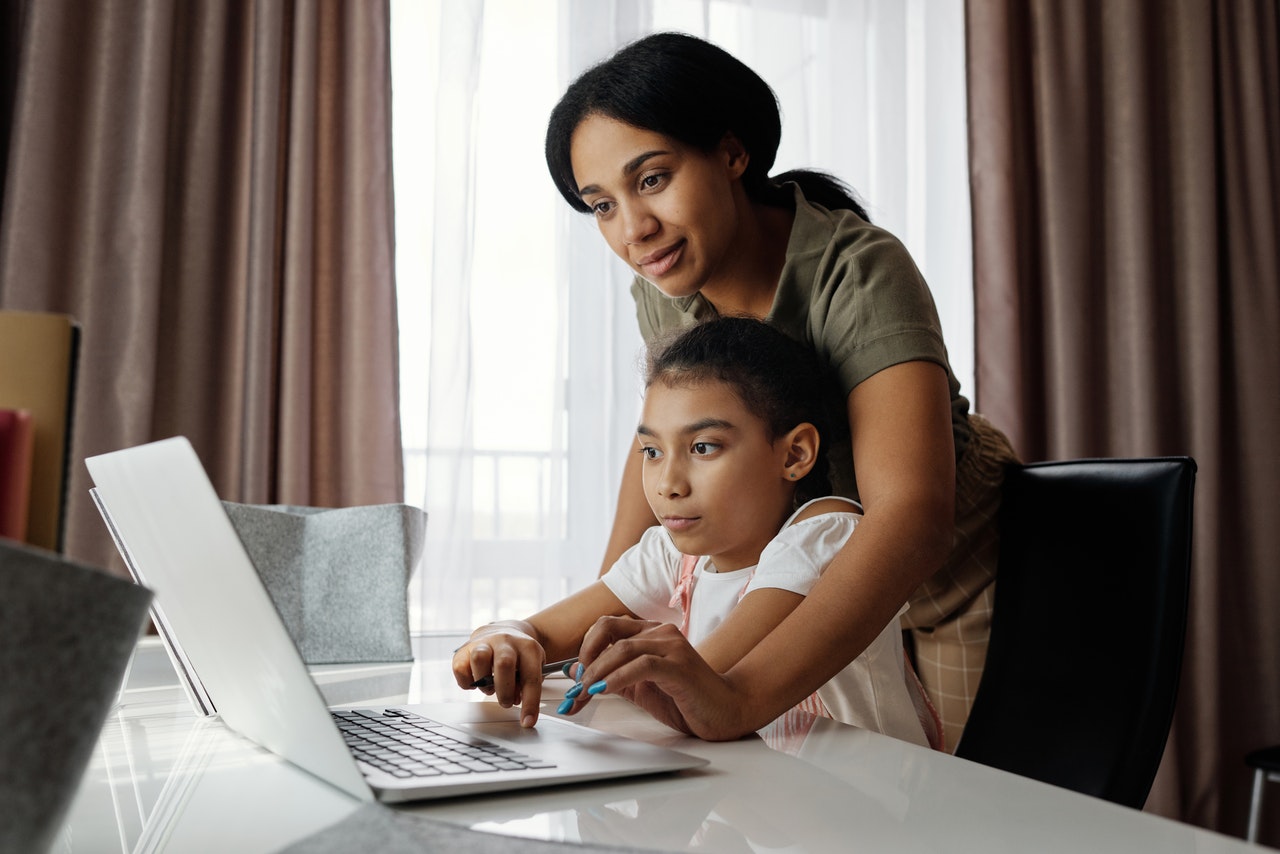 In Norwegian schools, great emphasis is placed on the development and keeping up with the times. Because of this, there are new education reforms just about every year, some larger than others. The last reform of a big scope in Norwegian education was in 2006, with the so-called Knowledge Promotion. Before that, in 1994, “Reform 94” decided that all students in Norway should have the right to go to high school. This led to great changes; many educational programs and subjects were completely wiped away, and many others took their place. It’s easy to see that educational reforms can have a big impact on how the school system works.

In this short article, we will look at some of the new education reforms in Norwegian schools, instituted in the year 2020.

Back in March 2020, a lot of schools were completely brought to a halt because of the Corona crisis. The national authorities wanted to stop the virus from spreading and thereby found the most sensible course of action to be that of closing the schools. When they started up again in May, new steps were executed by the National Institute of Public Health to keep the virus in check and limit its reach. They made new rules that the local schools were to follow, and which measures they had to take. A key example is to assist youngsters in attaining their education as usual from the safety of their homes when the schools can no longer arrange normal school days.

The government introduced a theoretical model that lets schools and kindergartens know what measures they are required to abide by. This model is based on the colors green, yellow, and red, which symbolize the severity of the situation in any particular place. Green means that the virus is in full or close to full control. Orange means there is a moderate risk of spread. Red means that serious measures must be taken, perhaps even closing the school entirely.

Starting in August, a new core curriculum will be introduced in Norwegian schools. It will take the place of the foundational program from 1994. Its main objective is to enable schoolchildren to flourish in the most important years of their development, by having a curriculum dedicated to the right values and principles. It enlists the core values and knowledge that primary schools, up to high schools, should strive to nurture in their students. A central goal of this educational reform, named Subject Renewal, is to create a stronger connection between the overarching curriculum, and the separate specific subjects. The way schools are to achieve this, is by referring back to important parts of the core curriculum in each specific subject.

The specific subject curriculum for primary schools, up through high school, are instituted at the same time as well. It will incorporate both academic schoolings which support research and science, and professional schooling which supports jobs and industries.

According to the plan by the government (regjeringen.no), it should take 3 years to incorporate this educational reform in Norwegian schools.

A key goal of the change is to make room for a greater part of thorough learning. The students shouldn’t have to rush through a mountain of material but are instead given ample time to learn thoroughly and become curious about the subject. The topics which are already being presented in schools will stay, but they will be redesigned in such a way that better learning can occur. In this way, new subjects are not to be presented until students have understood the current subject properly.

Steps have been taken to introduce the changes. For example, key objectives are clearly defined, devices for planning have been chosen, and even Facebook groups have been created so that students can talk freely about the subjects there.

One major key business in continued education through practical apprenticeship is Smartemploy.no, which already have stirred up the whole nation regarding its very new thinking and algorithmic approach to education in Norway.

All in all, the year 2020 introduces fascinating changes to the Norwegian education system, which may or may not end well. The institution of a new core curriculum which is based on values and principles, as well as a focus on linking it to the specific subjects, will be interesting to follow. And we never know; perhaps these reforms will be on par with those of 2006 and 1994? 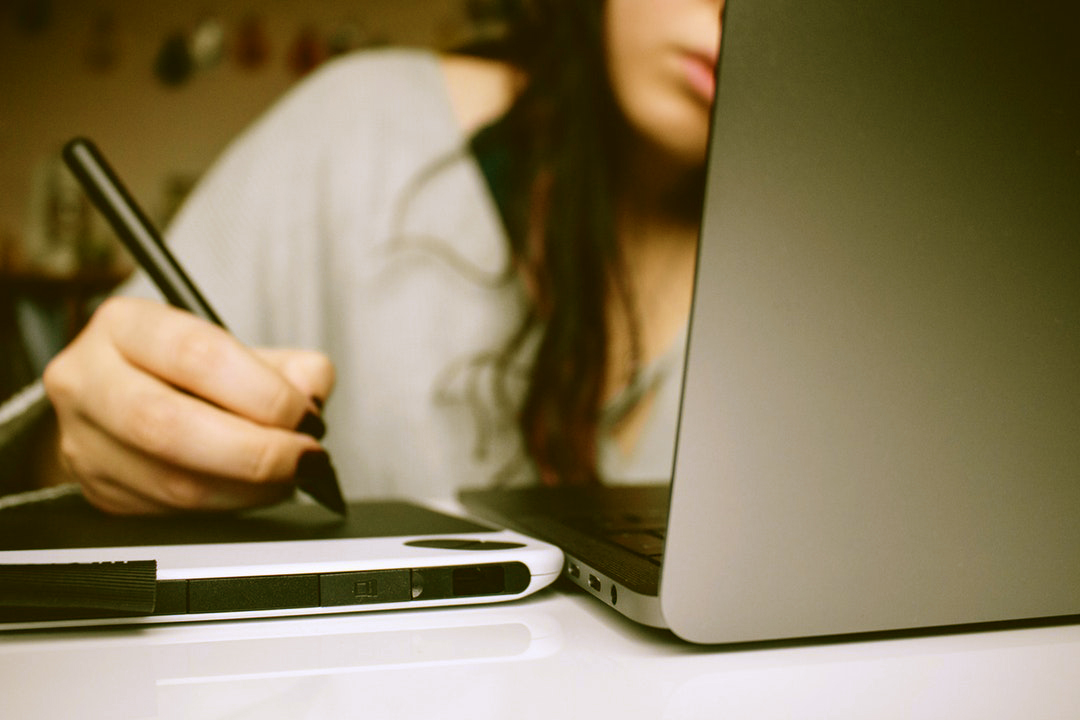 The importance of education is something that we are taught from a young age. As a result, we understand the space it holds in life and how it helps us move forward. But for all that to make sense, we need to choose the right path and learn about concepts closely related to our level of interest. Since that sums up to be a task that comes with many challenges, you need a few tips that can guide you in the right direction. So, go ahead and read the following set of points to learn more about the same.

1. The Need for Education

Apart from understanding the importance of education, we also need to figure out the need for the same in our lives. By all means, you need to decide how it makes sense to you and the importance that you’re willing to give for the same. Once you begin to discover the need for education, you will also start to analyze the many aspects it provides and choose one that suits you. 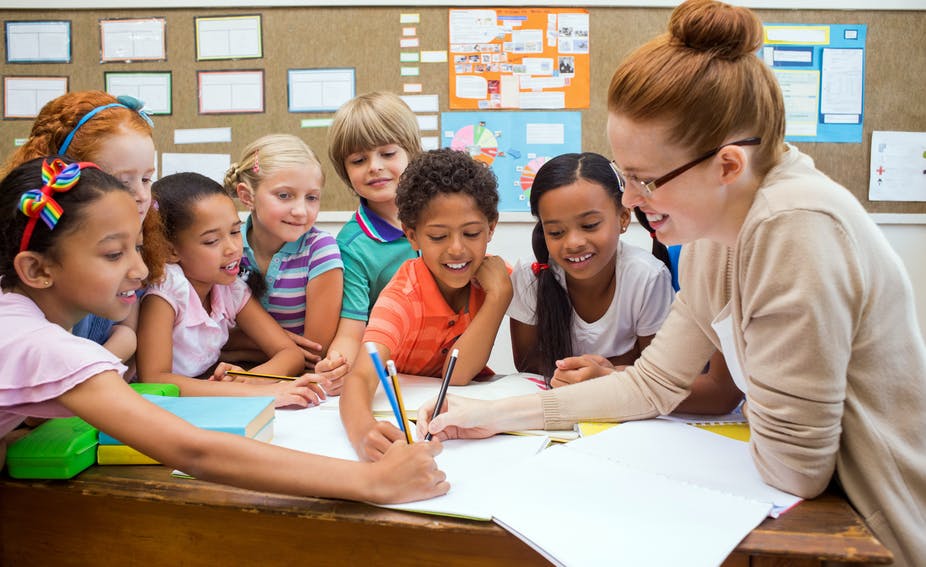 The process of exploring a particular area or domain is an important one that will help you venture into the path that you have always wanted. While certain individuals don’t require the need to explore, certain others do need the same to get hold of opportunities that matter. So go about exploring courses and institutions on the internet to find a particular space that stands close to your interests.

3. Locations and Other Details

Considering the location of an institution is an ideal way to enhance your decision-making skills. If you’re comfortable with the location and the courses they offer, you can start by looking into other details, like qualification, admission process, etc. But if you’re not interested in what they have to offer and the location, you should continue looking until you find a place that you love. 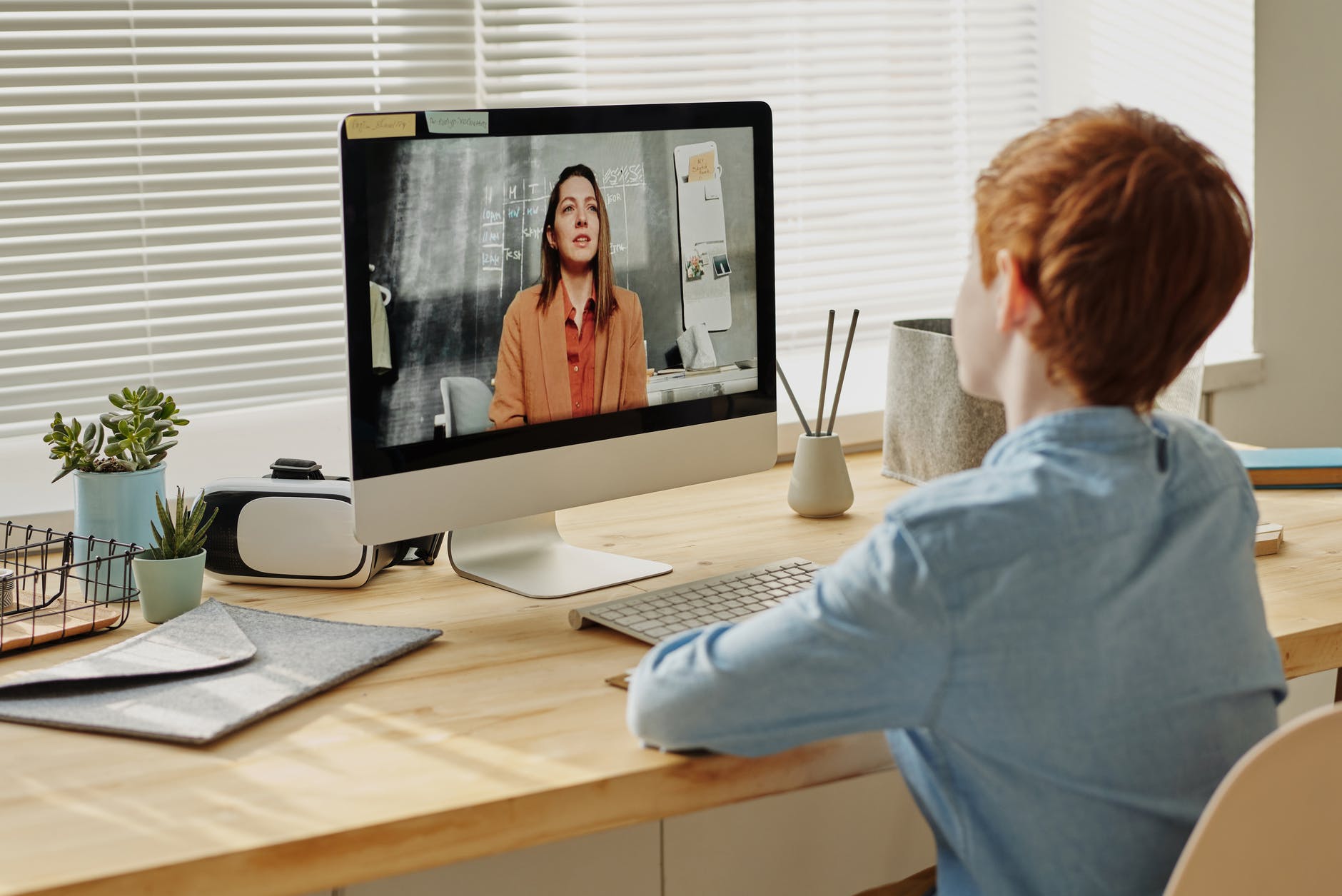 4. Lectures and Other Guides

Attending a lecture or an informative session is another tip that will always come in handy. Listening to what the speakers or experts have to say and decoding the impact that it has upon you are two aspects that will always help you frame better decisions. So looking for lectures and other kinds of sessions is an effective way to move ahead and choose a course that you love.

5. The Need to be Practical

At last, we have a simple tip that brings out an effective approach that will never go wrong. Being practical is quite essential to choose the right course and to understand the impact that it is going to create in your life. Hence, be realistic and do all that is right for your career. 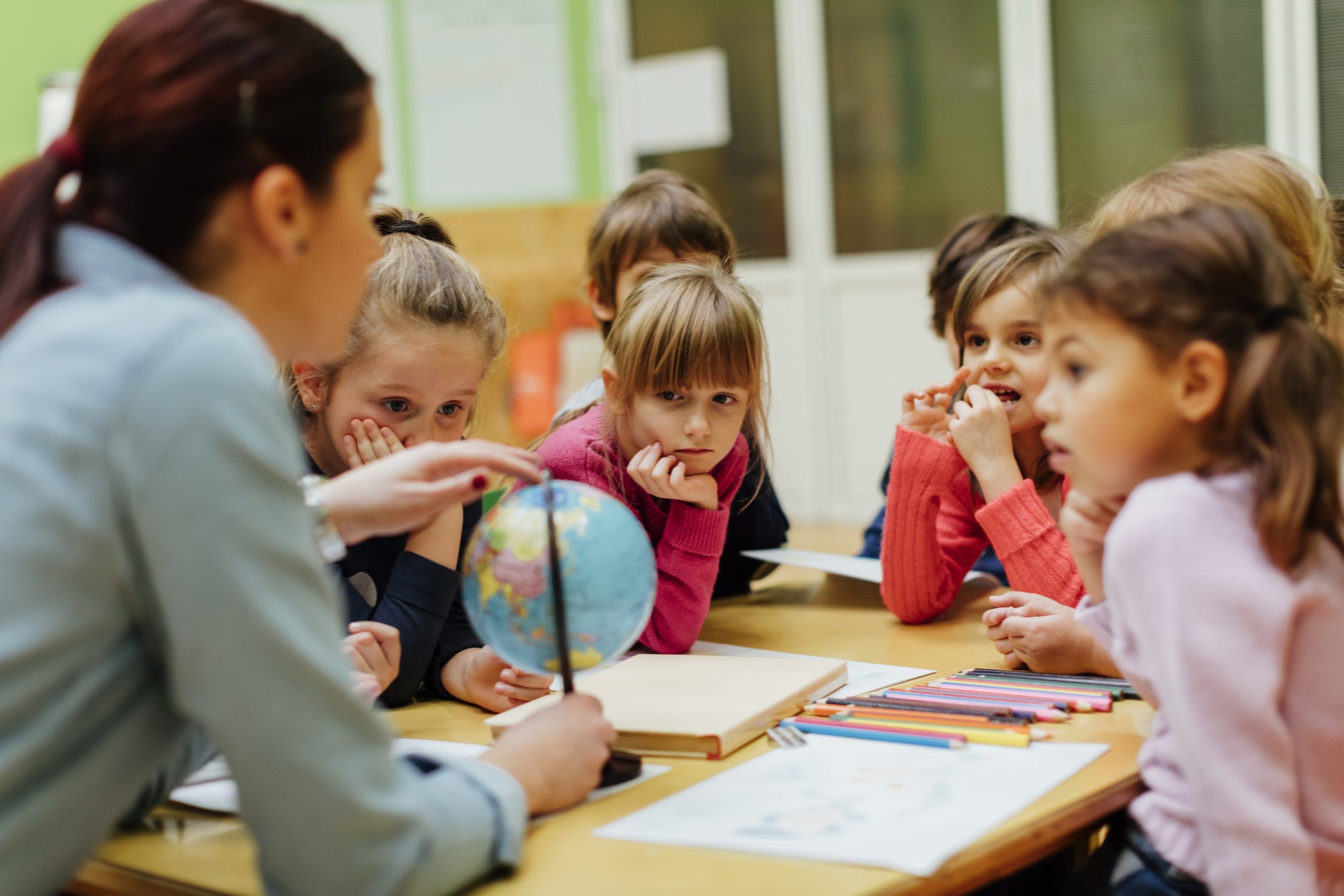 Education holds a space of importance, and we are all aware of the same. But to be specific, we need to understand the different ways through which that space expands and impacts our lives. By exploring more about the same, we will be well on schedule to implement education into our lives and continue walking along the path that matters. So to get started, here are the different ways through which education changes our lives for the better.

1. The Difference Between Right and Wrong

Understanding the difference between right and wrong is a particular concept that shapes our basis of thinking. Based on what we choose from the two, we will be led into a path that stands close to our beliefs and our view of life. Moreover, since education goes across different concepts, we will all be led to acknowledge the importance of what is right and do all that is deemed to be right. In this manner, a bright future will be formed. 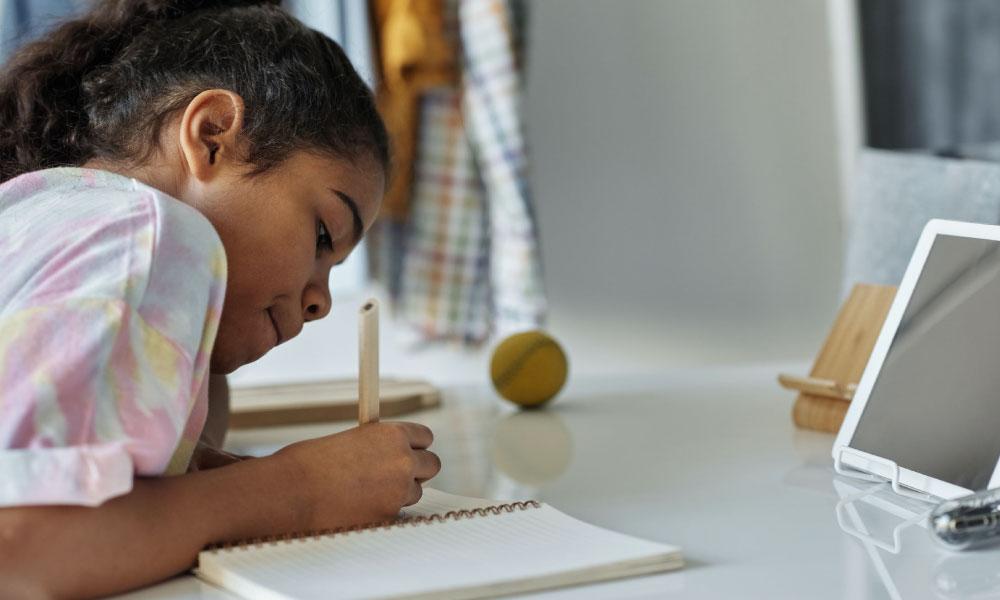 Progressing in life with the backing of education is known to be essential and easy. Once we have the required knowledge, we can begin to progress in life and take steps that matter. But without education, such aspects tend to become a challenge, and at times, it is quite impossible to overcome the same. As an individual, you will begin to struggle, and life will be hard. So understand the importance of education and how it takes shape for the better.

The path to be productive and efficient is something that you can achieve with education. As it begins to bring in changes to your life, you will also start to realize the need to be productive and how to go about being efficient. In this manner, your life will become a happy chapter that you can keep reading for the rest of your lives. So consider every single challenge and begin to learn concepts and topics that are placed close to your heart.

Leading a healthy lifestyle is one that can go a long way and head in the right direction. But for that purpose, you require education to signify the importance of leading a healthy lifestyle. As a result, you can be aware of your habits and other kinds of methods that kill you and leave you in a bad position. So discover the importance of education and acknowledge the change that it brings upon your life.

Hence, that sums up the different ways through which education plays a vital role in our life and begins to change the same for the better.